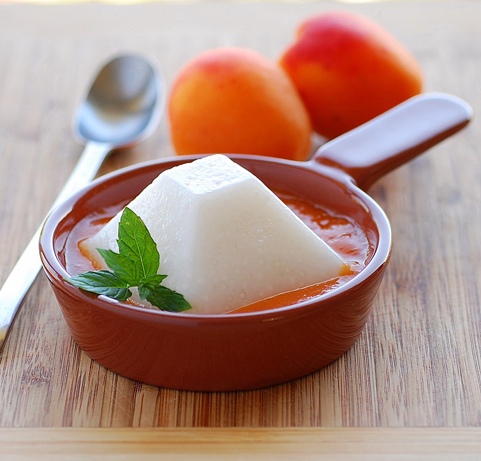 Sago and tapioca pudding used to be two of my horror desserts at school time lunches, we all used to call it frogs eggs but thought frogs eggs might have tasted better! I used to enjoy school meals unless of course it was something I didn’t like and in those days you were made to eat everything on your plate otherwise it would be off to the head mistress for a telling off and we were to scared to of that.

I had not touched sago since I was about 8 years old until a Chinese friend invited me over to their house for dinner while I was in Sydney. She cooked a great banquet of dishes but she knew I was a big dessert fan and said she had also made a special traditional dessert for me. When she brought out the chilled sago and mango pudding I think I broke out in a cold sweat, frogs eggs, how was I going to digest this? But I didn’t want to be impolite and bravely put a spoon in my mouth and was dearly glad I did, it wasn’t like the sago I remembered, this was silky with a creamy coconut and the tart fruit complimented it well. This is my version with apricot puree which are in season here in New Zealand. I have only passed the apricots through a sieve since they are so sweet and don’t really need much adding to them.