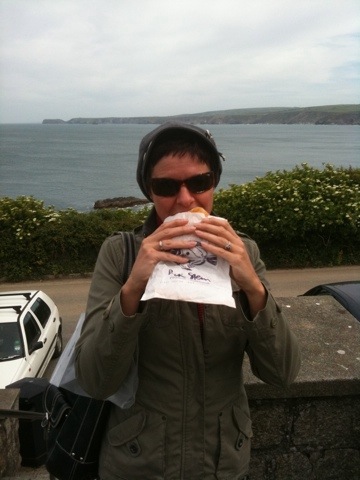 My sister lives 20 minute from Padstow on Bodmin Moor which as you all can imagine was music to my ears while planning a trip to Europe. We decided to gather the rest of the family and spend a week in Cornwall together, it would give us all a holiday and I could make my pilgrimage to Padstow, or Padstein as it seems to have been nick named.

Padstow is a quaint seaside village with a small harbour and a few narrow cobble stone streets made famous in recent years by Rick Stein’s Seafood Restaurant. The Seafood Restaurant is one of many Rick Stein adventures in village, there is now Steins Patisserie, Steins Fish & Chips, Steins Deli, Steins Cafe, Steins B&B and he also owns the Cornish Arms in the neighbouring village. So you can understand why it has it’s nick name.

We went to his fish and chip restaurant with the family and I had oysters followed by grilled mackerel and chips and Chalky’s beer. The fish was all beautiful and fresh and the beef dripping batter hubby chose was delicious, I imagine only in England do they still dare use beef dripping in cooking. We browsed his Deli and bought the obligatory souvenirs like aprons and tea towels and a few treats to consume at home, then onto his patisserie. We had already sampled several Cornish pasties at this stage in our holiday but Rick’s traditional style pasty won our vote for the best tasted so far with light flaky pastry and the perfect filling combination of meat and potato. We didn’t stop at pasties of course, we filled a bag with meringues the size of dinner plates to be served later with Cornish clotted cream. Scones, jam and more clotted cream, sunken chocolate cake and mini macarons, it was going to be a feast of an afternoon tea which would probably just keep us going on treats till Jamie’s Fifteen in Watergate Bay the next day! 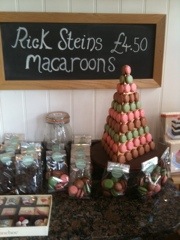 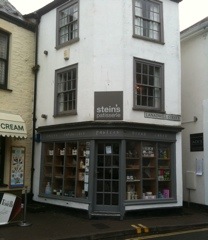 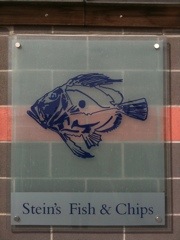